From MarketsWiki
(Redirected from R.J. O'Brien)
Jump to: navigation, search

R.J. O’Brien & Associates, LLC (RJO) is the oldest and largest independent futures commission merchant (FCM) in the United States, and is considered one of the last boutique firms in the industry. It is a privately held business majority owned by the O'Brien family of Chicago. The firm facilitates 24-hour execution and clearing on all the major futures exchanges worldwide. In 2014, RJO celebrated its 100th year in business.[1]

The company's headquarters are in Chicago, with affiliate offices in New York, Canada, London and Hong Kong.

RJO services a global network of more than 400 introducing brokers, along with some of the world’s largest financial, industrial and agricultural institutions. Its futures division specializes in trading access for individual investors. RJO provides clearing services for more than 80,000 client accounts.

RJO’s roots extend to 1914, when John V. McCarthy, an Irish immigrant, started off selling butter and eggs from a cart that he pushed around Chicago. John V. McCarthy & Co. helped create the Chicago Mercantile Exchange (now CME Group) as a founding member when it transformed from the Chicago Butter and Egg Board into CME in 1919. RJO is the only CME founding member still in existence.

The firm has been through four generations of family. In 1947, Robert O’Brien, Sr. married Geraldine McCarthy, John’s daughter, and soon after joined the family business. He started by visiting farmers and egg producers across the country, and he became president of the firm in 1959. John McCarthy died in 1963, and in 1969 the firm became R.J. O’Brien & Associates.[3]

In 1967, O'Brien was elected chairman of the Chicago Mercantile Exchange.[4]

Over the years, RJO diversified from being an introducing broker’s FCM into a full service firm offering a broad suite of services to retail and institutional customers. Much of its technology was built and developed in-house. RJO built its own electronic trading, brokerage and risk management technology and was one of the first firms to develop order routing. Even during a harsh environment in the industry, RJO grew dramatically into the largest independent futures brokerage, with 500 employees and more than 100,000 client accounts.

The firm has managed a variety of challenges over the years, including a drought, wars, market crashes, and even an outbreak of mad cow disease shortly before Christmas. RJO’s industry milestones have included taking delivery of the industry’s first futures contract based on a live animal and championing the rule change at CME to allow women on the trading floor (22-year-old Sandra Stephens, an RJO employee, became the first woman to work on the CME floor in 1966).

In 2007, the firm sold a majority stake to the investment firms Spectrum Equity Investors and Technology Crossover Ventures for an undisclosed sum, while the O’Brien family retained a minority ownership.[5] In December 2010, RJO was back in the hands of the O’Brien family after the two private equity firms opted to sell back the control acquired in 2007.[6] It remains majority-owned by the O’Brien family.

When MF Global declared bankruptcy in October 2011, RJO inherited a large number of its customers as regulators scrambled to move those customer accounts. RJO's segregated customer funds, which is the amount of customer funds held by the FCM, jumped almost $800 million to $3.3 billion, after MF Global fell, an increase of 31 percent. [7]

RJO has been aggressive in building its business since, even as many firms were trimming down amid the crush of low to negative interest rates and increased regulatory burdens following the introduction of rules from the Dodd-Frank Act. In 2015, the company expanded its operations in the UK and Europe when it purchased London-based The Kyte Group, one of the largest clearing firms in Europe. It renamed the group R.J. O'Brien Limited. RJO also continued to grow its Asian operations, and expanded in the FX space.[8]

In 2014 at the Futures Industry Association's International Conference in Boca Raton, FL, RJO was honored an award for “100 years of excellence” in the futures industry. [9]

The full-length version of the 100th anniversary video, which debuted October 17, 2014, can be seen on RJO's web site here. The video plus a brief write-up can be found on the JLN web site here.

RJO facilitates 24-hour execution and clearing on every major futures exchange in the world. It operates on an agency-only model, and does not participate in proprietary trading.

The firm is a clearing member of:

The firm's Canadian affiliate, RJO Canada, is a clearing member of the Montreal Exchange and ICE Futures Canada.[10]

The company's London-based affiliate, R.J. O'Brien Limited (RJO Limited) was approved as a Category 2 clearing member of the London Metal Exchange (LME) on July 23 and went live on August 19, 2015. [11]

RJO provides anonymous access to the marketplace through open outcry and online. Institutional and commercial clients can access RJO’s order desk around the clock to handle specialized orders and strategies. RJO also offers these clients customized back-office services. The firm has teams that specialize in grains, interest rates, metals and softs markets.

RJO offers proprietary market insights which include daily updates and trade ideas as well as long-term price outlooks in the futures, cash and OTC markets.

RJO's cash management affiliate, OASIS Investment Strategies, in September of 2017 opened its global cash, collateral and margin management service to all types of financial institutions with excess cash on deposit.[12] 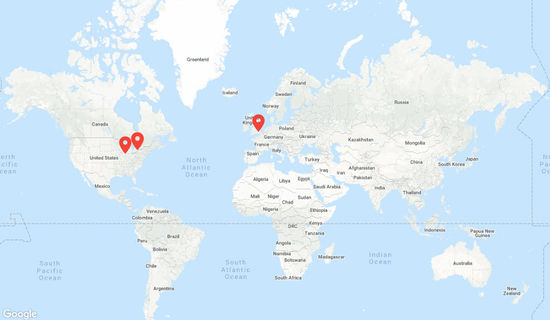