London Stock Exchange Group (LSE Group) is an international exchange group that operates a range of international equity, bond and derivatives markets, including the London Stock Exchange plc; Borsa Italiana; MTS, the European fixed income market; and London Derivatives Market (formerly Turquoise). The London Stock Exchange is the United Kingdom's primary stock exchange. The LSE, which is itself publicly traded, provides markets that facilitate the raising of capital and the trading of corporate securities, access to a trading environment, as well as real-time pricing and reference information services worldwide. The 2007 acquisition of Borsa Italiana added futures and options to its product mix.[1]

LSE Group is headquartered in London, with operations in North America, Italy, France and Sri Lanka. As of 2015, the group employed over 4700 people.

In 2017, the exchange's Borsa Italiana and LSE Derivatives markets combined, were ranked 28th among global derivatives markets, according to the Futures Industry Association's annual volume survey. They posted a combined volume of 46 million contracts, up 8 percent a year earlier.[3]

The LSE traces its roots to the stock trading started in coffee houses in London in the late 17th century, which evolved into the opening of the first regulated exchange on March 3, 1801. The exchange amalgamated with 12 regional bourses in 1973 – the year in which female members were admitted for the first time – before the the modern form of the LSE was established with market deregulation in 1986. The so-called “Big Bang” ended the separation of brokers and dealers, opened membership to outside companies and shifted trading from the floor to dealing rooms. The LSE was established as a private limited company.

The Alternative Investment Market was launched in 1985, providing a listing venue for smaller companies, and the Stock Exchange Electronic Trading Service (Sets) and Crest settlement operations started in 1987.

Shareholders voted in favor of a stock market listing in 2000, and the LSE listed on its own main board in July 2001.[4]

The LSE has been at the forefront of consolidation in the global exchange sector, successfully fending off a series of hostile takeover bids. The battle started on Dec. 14, 2004, with an unsolicited 530p-a-share offer from Deutsche Boerse which, like subsequent proposals, was rejected by management as undervaluing the company. The LSE introduced a raft of shareholder-friendly measures as part of its defenses, including borrowing to finance a series of share buybacks, cost-control measures and the delivery on time and to budget a new, high-speed share trading platform.[5]

Freed from the Nasdaq pursuit – though the U.S. exchange remained its largest shareholder – the LSE acquired Borsa Italiana in June of 2007, in a deal valued at €1.6 billion.[6] LSE shareholders received 72 percent of the combined group.

EDX London, which trades derivatives on Russian and Nordic markets, became a wholly owned subsidiary of the London Stock Exchange in December 2008. In 2007, the total number of derivatives contracts traded across EDX and IDEM increased 32 percent on 2006 to a total of 79.9 million, while the notional value traded grew 45 percent to £1.5 trillion (€2.2 trillion).

The Rolet Era - Restructuring and Growth

In March 2009, Xavier Rolet was named to LSE's board, and two months later was named its new CEO, replacing Clara Furse.[8] One month later, in June 2009, the LSE said it would cut jobs - the first sign of restructuring the 208-year-old bourse since Xavier Rolet took over as chief executive. At that time, the group employed a total of 1,135 staff, split between 570 in the UK and 565 in Italy.[9]

LSE acquired a 51 percent stake in Turquoise, a former rival, in February of 2010, and in July of 2013, LSE increased its stake by purchasing Turquoise's derivatives platform. [10] On July 13, 2010, LSE named Pinar Emirdag, a former Turquoise board member and a key figure in its development, as head of professional business development. The addition came as the bourse sought to lure back customers from new rivals, such as MTFs Bats Europe and Chi-X Europe Ltd.[11] Emirdag left the company in 2013.[12]

The LSE attempted to merge with TMX in early 2011, but lost out to Maple Group Acquisition Corporation. [13] [14]

In 2010, Rolet announced he was stepping down from the board of LCH.Clearnet, ultimately paving the way for LSE to take a majority stake in the clearinghouse. The LSE did not have any shares in LCH.Clearnet at that time, which made it an exception among its global peers in not having a fully integrated clearing house for equities and derivatives.[15] LSE Group closed a €328 million cash deal with LCH.Clearnet in early 2013, leaving the exchange group with a 55 percent stake in the clearing house.[16]

Chris Gibson-Smith stepped down as chairman in 2015 after more than 11 years in the role, and former London Metal Exchange chairman Donald Brydon took over the chairman's role that July.[18]

Rolet stepped down from his role as CEO of LSE on November 29, 2017, after a public battle between the exchange's board and an activist investor over his planned departure in 2018. Chief Financial Officer David Warren replaced Rolet on an interim basis and named David Schwimmer as CEO in April 2018.[19] [20][21]

LSE Group's involvement in the index business dates back to 1984, when the exchange began calculating the FTSE 100 Index for the Financial Times' parent company Pearson. The index team was spun off into a joint venture in 1995.[22] In December 2011, LSE Group agreed to a £450 ($705 million) acquisition of Pearson's 50 percent ownership to become the sole owner of the index group.[23]

In June 2014 the LSE agreed to buy The Frank Russell Company for £1.59 billion ($2.7 billion). The purchase was the largest one in the LSE's history and and gave it the opportunity to attract trading in securities and derivatives that track the Russell indices.[24] It also brought together about $9 trillion of assets benchmarked globally and made LSE the No. 2 player in U.S.-listed exchange traded funds.[25] The deal closed at the end of 2014.[26]

In February 2015, LSE Group entered into a licensing agreement with CBOE to develop and list options based on existing FTSE and Russell Indices. Cash-settled options on the flagship Russell 2000 began trading on CBOE as of April 1, 2015, and in October 2015, the options exchange began offering options on other Russell index products including the Russell 1000 Index (RUI), the Russell 1000 Value Index (RLV) and the Russell 1000 Growth Index (RLG)[27]

When the exchange group acquired Frank Russell, it also inherited Russell Investments, the firm's asset management division which held, at the time of acquisition, about $262 billion under management. Soon after the acquisition was completed, LSE Group put the asset management division up for sale. In October 2015, LSE agreed to a $1.15 billion cash sale to an investment group led by U.S. private equity group TA Associates.[28]

On December 22, 2015, LSEG announced it had acquired XTF Inc., a U.S. based provider of ETF data, analytics and ratings. LSEG will integrate the business into LSEG’s Information Services Division, which includes FTSE Russell, SEDOL, UnaVista and RNS.[31]

On February 23, 2016, LSEG and Deutsche Boerse Group announced they were in advanced talks to create a "merger of equals." This marked the third attempt by the two exchanges to merge, after failed attempts in 2001 and again in 2004.[32] In July of 2016, LSEG shareholders voted in favor of the merger, in spite of the potential problems resulting from the decision of Britain to exit the EU. An overwhelming 99.89pc of voting shareholders supported the deal. [33]

On December 27, 2016, the Financial Times reported that The LSE Group would sell its French clearing arm, LCH, to Euronext in a cash deal worth about €510m, hoping to smooth the way for the Deutsche Boerse merger. LSE offered to sell LCH SA, formerly known as Clearnet, in September 2016 to ease antitrust concerns. The LSE wants to keep the UK arm of LCH, which clears interest rate swaps, and link it with Deutsche Boerse’s Eurex, which clears futures.[34]

But the merger ultimately fell apart after it was blocked by the European commission on the day that Britain served notice on its EU membership, because the regulator said the deal would create a "de facto monopoly in the crucial area of fixed instruments." Margrethe Vestager, the EU competition regulator, had asked LSE to sell its Italian trading arm, MTS, to ease competition concerns for the merger, but the LSE and Deutsche Boerse refused to meet her requests. [35]

In 2017 the LSE launched an additional market called the International Securities Market (ISM), for the issuance of primary debt targeted at institutional and professional investors. It is a multilateral trading facility that operates alongside LSE’s other markets.[36]

In January 2019 LSE said it would buy a minority stake of 4.92 percent in Euroclear, giving it a role in all parts of a transaction from trading to clearing and settlement.[38]

The linking mechanism's first listing was on June 17, 2019 with Hautai Securities, a securities company in China, as the first issuer to list global depository receipts (GDRs) on the London Stock Exchange. The firm raised $1.54 billion, marking the first time international investors were given access to China A-shares on an exchange outside China.[39][40]

United Kingdom and Chinese officials touted the link as "ground breaking" and said it would deepen global connectivity.[41]

LSE Moves to Acquire Refinitiv And Gets A Bid From HKEX

On August 1, 2019, it was confirmed that the London Stock Exchange Group had moved to acquire Refinitiv, a major competitor in desktop terminals, for about $27 billion. The all-share deal could transform the LSE, more than tripling its revenues to £7bn. [43][44]

The LSE said it would pay for Refinitiv by issuing $14.5 billion in new shares and would take on $12.5bn of existing debt. It will also gain Refinitiv’s majority stake in the listed bond trading platform Tradeweb and ownership of the currency trading platform FXall. However, LSE must go through a lengthy antitrust process in which regulators will investigate whether its cumulative data offerings give it pricing power over customers.[45]

The deal was put into question in September 2019, when Hong Kong Exchanges & Clearing made an offer for the London Stock Exchange Group for $36.6 billion. The proposed deal offered 2,045 pence plus 2.495 HKEX shares per LSE share, valuing each LSE share at 8,361 pence. It also would have ended the LSE's bid for Refinitiv. The LSE board unanimously rejected the offer, citing "fundamental flaws." HKEX dropped its bid in October 2019, after failing to secure support from LSE shareholders. Several factors in the failed overture included the LSE's view that Shanghai, not Hong Kong, will the be the long-term financial capital of China; concerns over a Chinese exchange having ownership of the UK's flagship stock exchange group; and worries over social unrest in Hong Kong that has damaged the territory's reputation.[46][47][48][49]

In January 2020, the Financial Times reported that LSE was set to file its $27bn deal to buy Refinitiv with EU antitrust authorities within weeks after lengthy discussions with Brussels. The two sides were still working on defining what constitutes "the market" against which the deal can be assessed. The companies have not yet formally notified Brussels of the deal so it can examine it for potential competition issues.[50] 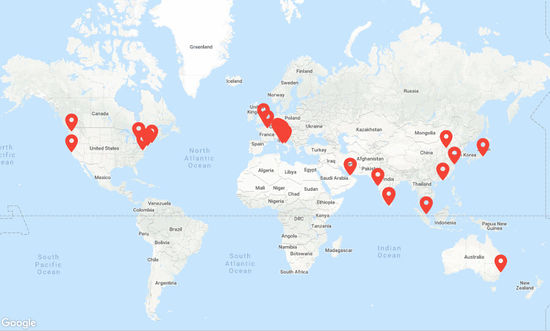