NASDAQ OMX PHLX was formed in July of 2008 when the NASDAQ OMX Group took over the Philadelphia Stock Exchange.[1] Under the transformation, NASDAQ OMX PHLX became part of the NASDAQ Transaction Services U.S. group. It continues as a distinct entity alongside The NASDAQ Options Market, launched in March 2008.

With the transaction, NASDAQ OMX Group has a combined 17 percent market share in the U.S. equity options market between its two market models making it a serious contender in options trade as it now has a much larger footprint in global derivatives.[2][3]

Through NASDAQ OMX PHLX, the NASDAQ OMX Group is able to offer customers both electronic and hybrid floor-based options trading. 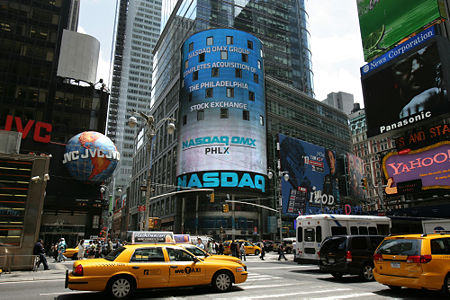 The Wall Street Journal reported in April of 2007 that the two exchanges had been discussing a possible deal for months. The Philadelphia exchange, which was the third-largest options exchange in the U.S., was majority-owned by a group of brokerage firms. The six Wall Street firms - Merrill Lynch, Citadel Derivatives Morgan Stanley, Citigroup, Credit Suisse and UBS - held a collective 89.4 percent stake in PHLX.[5]

In early 2010, Nasdaq OMX PHLX adopted maker-taker pricing for some of its most actively traded options. Instead of charging market makers fees it began giving rebates for providing liquidity, and it began charging fees to customers.[7]

Key People As A Result Of The Transition