Dr. Bengt Holmstrom is the Paul A. Samuelson Professor of Economics at Massachusetts Institute of Technology (MIT), with a joint appointment at MIT's Sloan School of Management. [1] He is one of the world's leading economists on workplace incentives. On October 21, 2013, he was awarded the CME Group/MSRI Prize in Innovative Quantitative Applications.[2] 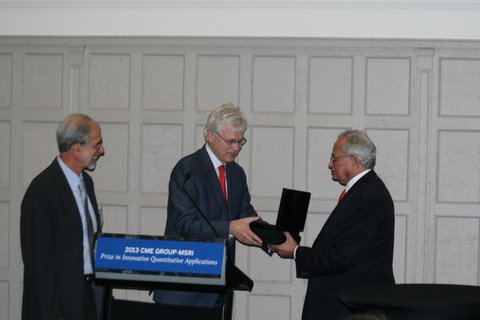 Holmstrom is also a fellow of the American Academy of Arts and Sciences and the Econometric Society, where he previously served as the group's president. Additionally, he is a research associate of the National Bureau of Economic Research and a member of the executive committee for the Center of Economic Policy Research.

As an operations researcher in the 1970s, Holmstrom traveled to Stanford University on a Fulbright scholarship. He ended up staying at Stanford to earn a Ph.D. and the began teaching economics, first at Northwestern University anf Yale before joining the MIT faculty in 1994.[3] He was head of the economics department from 2003-2006.

Holmstrom's research focuses on workplace incentives and moral hazard. More recently, he has specialized into studying liquidity in money markets during the recent financial crisis.

Holmstrom holds a B.S. from the University of Helsinki (Finland), and both an M.S. and Ph.D. in economics from Stanford University.