Long-time trader and analyst Mark Paulik and clinical psychologist Ken Celiano - the Batman and Robin of trading performance coaching, according to Paulik - formed Even~Keel Trading about six years ago to blend their talents to foster both psychological and financial endurance in their clients. Since then, the dynamic duo has embarked upon creating classes as part of a certificate program with Northwestern University’s School of Continuing Studies. They recently chatted with MarketsWiki senior editor/producer Christine Marie Nielsen to discuss their work.

Q: How did the two of you get involved with the financial industry? What led you to your current vocations?

Answer Celiano: When Mark and I met (about 15 years ago), we were friends in Park Ridge, Illinois…I’d had some clients that were traders and dealing with issues such as compulsivity, impulsivity and depression. Never did I think this would become a target population that I would be focusing on. It became apparent though that there was mounting anxiety in the financial community and that the road ahead wouldn’t only present a technological, but also a personal struggle for those involved with trading.

Paulik: I had been working for a proprietary technical analysis firm. Upon teaming up with Ken, I interviewed six- to seven-figure-income traders and tried to distill factors that made them successful.

Q: What are the traits of a successful trader? Has this changed over time – why or why not?

Paulik: Two traits I look for are somebody who has a little bit of a sense of humbleness and a second one is that they have to have drive or a strong sense of determination.

Celiano: I also agree that humbleness is key…People who come to us are admitting they need help. They have crashed to some degree. [Celiano notes that the firm's methods draw on the experiences of explorer and navigator Ernest Shackelton on the ship “Endurance,” with the hope of charting a course toward "deeper psychological trading patterns that are foundational to consistent profitability. Celiano says that he was influenced by Brett N. Steenbarger and Mark Douglas, two individuals who have written about the psychological performance in traders.]

In part, we use biofeedback technology. Their internal market looks exactly like the ups and downs of the stock market. They can’t always impact the market, but they can impact themselves.

Q: How did you get started teaching classes at Northwestern? From your perspective, what impact has the current economic environment had on the number and types of individuals interested in trading? Have their expectations changed, in terms of their financial industry career objectives?

Paulik: Two years ago, Jack Clegg, assistant dean of Northwestern University, gave Ken a call and asked if we wanted to teach a class on the psychology of trading and said that they were looking for a venue for this course. Future conversations with Jack and his colleagues went to looking at a certificate of trading program, so we became part of that certificate of trading program…We’re in a totally new, evolving world of educating traders.

Q: Have you made any adjustments in your coaching to fit the current environment? If so, what has changed?

Celiano: [Celiano notes that he has many years of experience of working with individuals who have dealt with trauma.] I deal with bad things happening to good people…The current economic crisis has done that to a lot of people. The psychological impact of what’s going on now is obviously tremendous. Algorithmic systems take the human emotion out of trading. Traders have to work in a hybrid environment. Traders need to keep their emotions at an “even keel.”

Paulik: From what we’ve recently seen, it seems assignments need to be put into small bites. People are very distracted right now.

Q: What do you think we can expect going forward in the financial industry, judging from the attitudes and goals of the individuals with whom you've had contact? What are you expecting to see in your first “Psychological Framework for Trading Success” class at Northwestern which will begin later this month?

Paulik: Potentially, people are going to Northwestern to retool, explore a new career, or enhance what they are doing. We are anticipating a younger, more technologically savvy student. 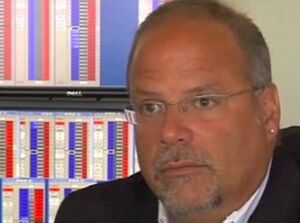