Itiviti is an international financial technology provider of software and services to buy side and sell side clients in capital markets. It's main office is in Stockholm, [1] but it has offices in 16 countries and serves 24 of the top 25 global investment banks and over 2,000 leading brokers, trading firms and asset managers across 50 countries.

On March 29, 2021, Broadridge Financial Solutions announced it signed a definitive agreement to acquire Itiviti Holding AB in an all-cash transaction valued at approximately $2.5 billion from Nordic Capital, pending regulatory approvals. The deal was expected to close in fourth-quarter 2021. [2]

Itiviti is majority-owned by Nordic Capital Fund VII and was established in 2016 to combine two established brands, Orc Group and CameronTec, into a single entity. It currently has more than 1,000 employees in 17 locations worldwide.

The merger of Orc Group and CameronTec was announced in October 2015. At the time, the company said the change was called for because "IT budgets continue to be squeezed amid continued introduction of tighter regulatory measures, [and] the resulting heightened pressure is forcing firms to streamline their trading technology." [3] Orc Group acquired Cameron Systems in 2006.

CameronTec, established in 2009, was dedicated to the development, management and distribution of CameronFIX, a Java framework designed for the handling of messages conforming to the Financial Information Exchange protocol, and Catalys, an integrated FIX environment based on CameronFIX.

Formed in 1987 by Nils Nilsson and Ulrika Hagdahl, Orc Software's main activity was as a market maker on the Swedish derivatives exchange. Since its inception Orc Software also continuously developed and marketed software for pricing, trading and risk management in financial markets.[5]

In 2000, the company formed subsidiaries in Frankfurt, London, Milan, Moscow, New York and Sydney. Orc Software's shares were listed on the Stockholm Stock Exchange on Oct. 19, 2000. Orc Software opened offices in Hong Kong, St. Petersburg and Zurich in 2001, and in 2002, Orc signed a distribution agreement with Reuters and opened offices in Tokyo, Toronto and Vienna.

ICAP began using Orc's CameronFIX and CameronFAST in September 2007 to facilitate its FX trading. Orc and ICAP finalized the deal towards the end of 2006.[6]

On April 25, 2012, Orc announced that it had integrated the Orc Trading products with Cscreen, NYSE Liffe’s global pre-trade price discovery platform, providing traders with a more efficient way of interfacing Indications of Interests (IOIs) for equity and index derivatives from inter-dealer brokers.[13]

In April 2014, BCS Financial Group partnered with Orc to allow Orc’s clients to trade Russian securities and derivatives on the Moscow Exchange and on the London Stock Exchange. [15]

Orc Group's parent company acquired Tbricks in January 2015, with the intention of transferring ownership of Tbricks into Orc and incorporating it into Orc's trading platform,[16] and on February 19, 2015, Orc launched the new trading platform as Orc Tbricks [17]

In May 2015, the new Orc Tbricks trading platform began offering a certified interface to the Chicago Board Options Exchange, including the CBOE Futures Exchange (CFE). [22]

On October 31, 2017, Itiviti announced a strategic alliance with IHS Markitto to create an ETF solution integrating the Tbricks trading platform with SOLA, the ETF data service from IHS Markit.[25]

Itiviti merged with ULLINK on March 14, 2018, and its board appointed Torben Munch as chief executive officer of the combined entity.[26] 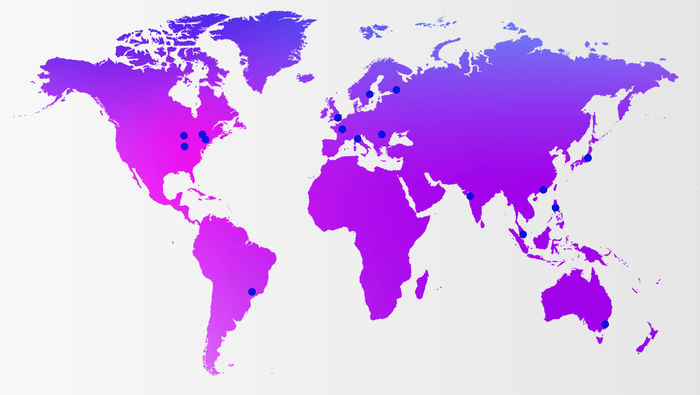